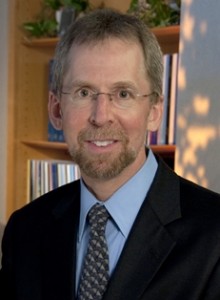 I write this two weeks after Mayo Clinic's Individualizing Medicine Conference. The first keynote talk at that conference, on Sept. 30, was Dr. Eric Green, head of the National Human Genome Research Institute. Following his talk, he spoke with Mayo Clinic Radio about how genomics is transforming medicine (the theme of the conference). He flew out that afternoon and the next day the government, including the institutes of NIH, shut down. So, this was undoubtedly his last interview before federal health science went dark.

When asked about the impact of the sequester and the then looming shutdown on research, he quickly responded, "Tragic, it's absolutely tragic."  Now I suppose you would expect that kind of response from a director whose main job is to ensure sustainability of his organization through continued funding, but what he said after that was what resonated with me. Referring to the five-point-eight percent cut to the NHGRI budget under sequestration, he said "That would be tolerable if   genomics was some kind of boring, not very exciting and we didn't see a real potential for improving human health.

"If there was ever a moment in time where we should be pushing the accelerator (it's now)...the opportunities are boundless.  And to not have enough fuel in our tank to push the accelerator hard is truly tragic. And it's particularly sad because in many ways the United States has led in genomics and we've written the playbook. And what's sad is the U.S. is not funding science as aggressively as other countries and these countries are going to use our playbook and move this faster than us. And that seems to me really tragic."

And the next day, other than its hospital and a skeleton staff,  the NIH was silent.