Editor’s note: The following post is by Susannah Tye, Ph.D., researcher in Mayo’s Department of Psychiatry and Psychology. She and her team will be presenting at the Society for Neuroscience meeting in Washington, D.C. next week. 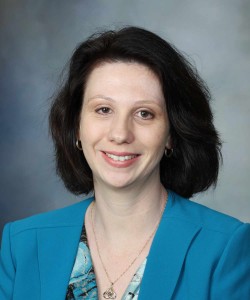 An important issue in the treatment of depression is development of new and effective treatments for those patients that do not respond effectively to available antidepressant therapies. Such individuals are diagnosed with treatment resistant depression. Without effective treatment, these individuals can suffer for months or years limited or no relief from their symptoms. Researchers within the Mayo Clinic Depression Center are investigating the reasons why some patients do not respond effectively to available treatments, and how we can overcome this treatment resistance. Our research is focussed on developing valid animal models of treatment resistant depression and understanding how emerging treatments such as deep brain stimulation or ketamine produce their therapeutic effects.

Research in the past decade has found that ketamine, a drug used typically as an anesthetic, can induce rapid antidepressant effects in patients suffering from depression when administered at low doses (too low to induce anesthesia). Patients who receive this ketamine treatment often find relief from depressive symptoms within a few hours; a stark contrast to traditional pharmacological antidepressants, which can take several weeks to take effect. One study being performed at Mayo hopes to discover why ketamine works so quickly by examining the effect of ketamine in different animal models of depression, including a model of treatment-resistant depression. Graduate student J. Blair Price who has conducted this study has shown that ketamine has a stronger antidepressant effect in the treatment resistant animal model of depression. This suggests that ketamine works differently to more typical antidepressants used clinically, such as tricyclics or selective serotonin reuptake inhibitors. The team is exploring the biological mechanisms through which ketamine induces this therapeutic effect in treatment resistant depression.

Another promising avenue of research employs the use of deep brain stimulation, or DBS, which is being investigated as a potential neuromodulation treatment for the most severe and treatment resistant forms of depression. DBS involves placing an electrode into the brain and delivering a pacemaker-like current to a specific region of the brain. The brain regions targeted for DBS are critical nodes in brain circuits that regulate mood. DBS of these regions is thought to help these mood circuits ‘recalibrate’ so that individuals no longer remain ‘stuck’ in their experience of depression. While promising, there is still much that we have to learn about how DBS induces its antidepressant effect, so that we can optimize the immense potential of this treatment. Our team is trying to understand the biological and behavioral actions of DBS for this reason. Rajas Kale, a Ph.D. candidate from Deakin University in Australia, is working with our team to develop technologies that will make it possible to study the progressive effects of DBS in preclinical models of treatment resistant depression. The team has developed a chronic DBS device that can be used in a freely moving animal for over 40 days to study the acute and progressive antidepressant effects of DBS.

By understanding how ketamine and DBS are able to have an antidepressant effect in a treatment-resistant context, the Mayo Clinic Depression Center hopes to determine how we can both optimize and extend these treatments to help the many patients who are currently unable to find relief through from their depressive illness.