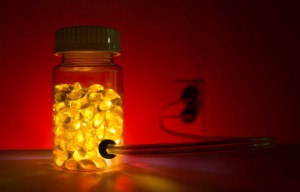 The research laboratory of Mayo Clinic pediatric oncologist Richard J. Bram, M.D., Ph.D., was enjoying the kind of success many researchers hope for. His team in Rochester, Minnesota, had long been interested in studying brain tumors, particularly those in children.

“They’re the second most common malignancy in children, but the development of cures has lagged,” Dr. Bram says.

Dr. Bram’s research team made a big discovery: They found that a particular protein called cyclophilin B turned up in abundance in glioblastomas and medulloblastomas, two deadly nervous system tumors.

The protein seemed to be critical to these two cancers. “The findings suggested the protein could be a good target for a drug, selectively killing tumor cells and having a minimal effect on normal ones,” Dr. Bram explains.

But elation was quickly tempered by practicality. Dr. Bram was well aware that the next steps in creating a therapy for brain cancers based on his findings could take more than a decade, and, according to some industry figures, cost as much as $2 billion for research and development. 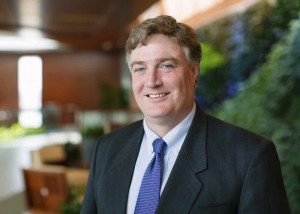 Infectious disease specialist Andrew D. Badley, M.D., associate director of Mayo Clinic’s research resources, the services and technologies that are shared among the institution’s scientists, knew “an investment of that scale was out of reach for Mayo to undertake alone.”

Serendipitously, Sanford-Burnham Medical Research Institute, a laboratory-based institute headquartered in La Jolla, California, had been seeking a partner with deep clinical experience and unique insights into the molecular basis of disease.

Sanford-Burnham boasts one of the world’s largest libraries of chemical compounds, and with its 900 scientists at campuses in La Jolla and Lake Nona, Florida, Sanford-Burnham is one of four centers in the country funded by the National Institutes of Health to develop vast molecular libraries of compounds that are drug candidates.

In an effort led by Dr. Badley, Mayo Clinic is teaming up with Sanford-Burnham Medical Research Institute to go where others won’t: on a drug discovery trek to help patients with less common but potentially deadly conditions, like the children with brain tumors seen by Dr. Bram. 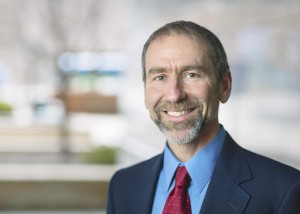 Researchers involved in the drug discovery partnership with Mayo Clinic and Sanford-Burnham are hopeful about the road ahead and the prospects of helping patients.

“The real key to making health better is to be able to go from bench to bedside,” Dr. Badley says. “We’ve always aimed for that as an institution, and there have been marvelous successes, but this marks a new opportunity to turn findings into therapies that can make a difference in our patients’ lives.”