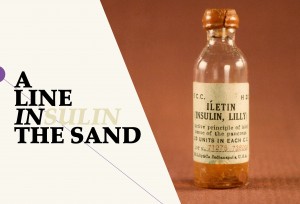 Early in the 20th century, a desperate group of patients began appearing at Mayo Clinic in the hope that the specialists there could keep them alive. Mostly children and younger adults, they had been afflicted with a condition that only years before would have been a death sentence — type I diabetes.

Doctors at Mayo, led by endocrinologist and researcher Russell Wilder, M.D., and a handful of other centers across the country had found a drastic, but feasible method of saving many of them from this deadly disease. Dr. Wilder and his colleague, Walter Boothby, M.D., had formulated a special ketogenic diet.

Consisting of a precise proportion of carbohydrates, proteins and fats determined by a patient’s weight and blood glucose levels, the doctors then made a series of adjustments to customize it for 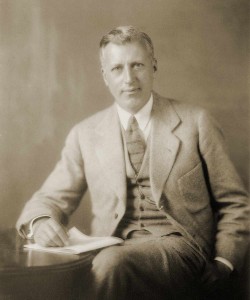 the patient’s specific metabolism. The amount of food was small — 850 to 900 calories a day. If strictly adhered to, this diet might prolong life for as much as three to five years. In order to survive, young diabetes patients had to nearly starve.

It was one of the first attempts at individualized medicine.

What happened next was to change medicine forever.

In the fall of 1921 came the news of an extraordinary breakthrough in a Canadian laboratory at the University of Toronto. Dr. Frederick Banting and medical student Charles Best had been experimenting with dogs in the laboratory of Dr. J.J.R. Macleod. They had isolated, refined and proven the effectiveness of insulin in an arduous series of animal studies. The formal presentation of the discovery was made at a research conference that Christmas in New Haven, Conn.

“What a Christmas gift that was—an extract of the pancreas developed at Toronto which effectively controls the symptoms of diabetes,” writes Dr. Wilder in his memoirs. “Excitement prevails.”

The Toronto group turned to a handful of top clinical researchers for help. One of those was Dr. Russell Wilder.

“Samples of insulin were first received at Mayo Clinic in the early spring of 1922,” writes Dr. 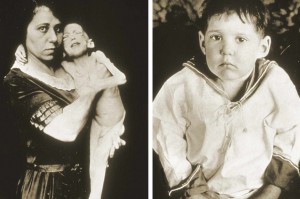 The stark contrast of the same youngster before and after treatment with insulin.

Wilder. “They were for experimental trials . . . but an adequate amount of insulin to insure everyone getting it who needed it was not available until the autumn of 1922, and October 1 of that year is the date which divides for us the insulin era from the pre-insulin era.”

It was as if someone had drawn an arbitrary line in the sands of time. Once clinical studies and mass production would make insulin available, the line would be crossed. That was when the vast majority of patients with childhood diabetes had their first chance at a relatively normal life.