Would You Get Screened for Cancer if You Could Do It At the Mall Instead of at the Hospital?

Chronic heartburn can cause esophageal cancer. But people who suffer from heartburn often don't get screened for cancer, and the results can be deadly.

New research conducted in collaboration with the Mayo Clinic Robert D. and Patricia E. Kern Center for the Science of Health Care Delivery shows that an alternate screening technique that does not require sedation is just as effective in identifying Barrett’s esophagus or cancer as the traditional method. It is less invasive, less costly, and carries less risk due to no sedation - and could be mobile. 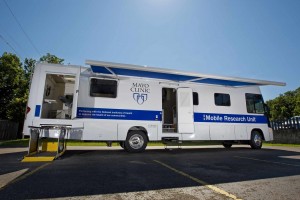