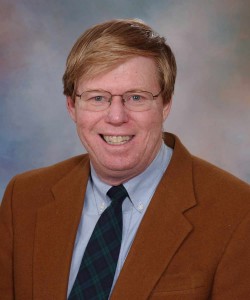 In 1983, when Moses Rodriguez, M.D., established a small research lab to study multiple sclerosis (MS) at Mayo Clinic, he was told that he was wasting his time.

Dr. Rodriguez, now an emeritus staff member, was trained as a physician in neurology. Adding basic science research to his portfolio would be impossible, he was told.

But Dr. Rodriguez wanted very much to be both a physician and researcher. As a physician he would specialize in identifying and treating neurologic problems, but then as a researcher, he would take those problems back to the lab where he would begin looking for solutions. Dr. Rodriguez has spent a great part of his career looking at how immune response and antibodies may play a role in treating MS.

“I had this idea that antibodies could be both damaging and reparative,” says Dr. Rodriguez. “If antibodies were effective in treating infections, why couldn't they be important in preventing diseases like MS, Parkinson's or Alzheimer's disease? Why can't they be the first line of defense against injury to the nervous system?”

MS is a disease in which your immune system attacks the protective sheath (myelin) that covers your nerves. Myelin damage disrupts communication between your brain and the rest of your body. Ultimately, the nerves themselves may deteriorate, a process that's currently irreversible.

That’s where Dr. Rodriguez and his colleagues hope to make a difference. They have developed an antibody that can help to re-grow myelin and reverse the effects of MS.

The antibody, a protein known as rHIgM22, is now being tested in an industry clinical trial. Recently featured in Science, the results of the trial would be a step toward confirming that the antibody helps to repair myelin—and a first of a kind treatment.

MS afflicts approximately 400,000 people in the U.S. and 2.5 million people worldwide. MS symptoms set in usually between 20 and 40 years of age, which is relatively young compared to other chronic conditions. A drug that could reverse the debilitating effects of the disease could mean a world of difference for these patients.

“We're hoping to put a few more treatments on the map and hopefully this will be one of them,” says Dr. Rodriguez.

Certainly not a waste of time.