Gathering at the Roundtable – Improving Population Health Through Multi-Sector Collaboration

The Institute of Medicine (IOM) of the National Academies undertakes a range of activities to convene leaders and experts from government, industry, academia, and public interest groups to inform policy and research. One IOM venue for convening diverse expertise around a topic of mutual interest is the IOM Roundtable. Roundtables are assembled by the IOM to generate discussion, movement, and knowledge sharing in areas of emerging significance in health. Like King Arthur’s round table of legend, members come together in a collegial fashion to combine strengths in pursuit of common goals.

In recognition of the interdependent environmental, social, economic, behavioral, genetic, and health care factors that determine health, the IOM established the Roundtable on Population Health Improvement in 2013.
https://youtu.be/ifHL0jV6cvw
Roundtable members envision the creation of an expanded multi-sector health system beyond traditional medical systems to improve quality of life, increase life expectancy, and promote health equality. The Roundtable aims to generate multi-sector discussions and collaborative efforts to improve population health and to disseminate knowledge about lessons learned and best practice in this space. Broadly, through a series of planned workshops, publications, and meetings, the Roundtable explores potential solutions to improve population health through: population-level interventions; modified reimbursement models; integration of primary care and public health; and engagement of community organizations in efforts to improve population health.

The IOM Population Health Improvement Roundtable is co-chaired by Dr. George Isham, Chief Health Officer and Plan Medical Director at HealthPartners, and Dr. David Kindig, Emeritus Professor of Population Health Sciences and Emeritus Vice-Chancellor for Health Sciences at the University of Wisconsin-Madison, School of Medicine. Members of the Roundtable comprise a multidisciplinary team including experts from a variety of disciplines including education, public health, clinical medicine, the social sciences, and the business sector.

Mayo Clinic is a founding sponsor of the Roundtable and Dr. Lila Finney Rutten serves as the official Roundtable member for Mayo Clinic.  Dr. Robert M. Jacobson and Dr. Jennifer St. Sauver have also been actively involved in the Roundtable. The relationship was a natural fit for Mayo, as the Roundtable’s underlying approach aligns well with the mission of the Population Health Science Program in the Mayo Clinic Robert D. and Patricia E. Kern Center for the Science of Health Care Delivery. This program includes research on environmental, social, and behavioral influences on health, and translation of research to advance the health and welfare of patients everywhere.

Since its inaugural meeting in April of 2013, the Roundtable has held 13 workshops focused on a range of topics relevant to population health improvement with recurrent themes centered on the role of cross-sector collaboration, policy, identification of resources, measurement, communication, and research in cultivating a movement toward population health improvement. Workshops are video archived and written summaries are published for each workshop, both of which may be accessed on the Roundtable website.

Drs. Finney Rutten and Jacobson will be attending a special meeting of the Roundtable co-sponsored by the Robert Wood Johnson Foundation, June 1, 2015, entitled Training in Interdisciplinary Population Health Science: A Vision for the Future. The intended outcome of this meeting of experts is to develop a vision for training the next generations of population health scientists. Mayo Clinic is growing in this area, with its Population Health Scholars Program, a new collaborative effort led by Dr. Jacobson between the Kern Center and Mayo Clinic Employee and Community Health . The Population Health Science Scholars Program supports, through mentored research, coursework in the Mayo Clinic Center for Clinical and Translational Science, and a core curriculum focused on population health; the development of population health science expertise among primary care physicians at Mayo Clinic.

Throughout the remainder of this year and next, the Population Health Improvement Roundtable will continue to hold workshops to explore the role of communities in transforming the conditions that influence the public’s health, to strengthen governmental public health and to explore opportunities for collaborative efforts between primary care and public health. Although not yet officially announced, topics under consideration include a focus on population health metrics, developing a population health research agenda, and public-private collaborations to improve population health. Workshops are open to the public and by webinar. The workshop titles and descriptions are generally posted to the IOM National Academies website six months in advance; readers are encouraged to check the site (upcoming meetings are shown halfway down the page) for workshops of potential interest. 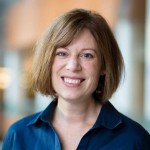 Jennifer St. Sauver, Ph.D., is leading population health researcher in the program, and the scientific manager of the Rochester Epidemiology Project.