Did your patient have cardiac ablation? Don’t stop the anticoagulant!

Although quite a few people – some 33 million worldwide – are diagnosed with atrial fibrillation (AF), many live their lives largely unaffected by the condition. AF does increase the risk of stroke, but if they have no other stroke risk factors, that risk is minimal. I, and my colleagues, typically would not recommend cardiac ablation for a patient whose only concern is stroke risk, because the procedure itself carries risks that likely outweigh the benefit in terms of stroke reduction. I tend to think that if a patient is not bothered by other symptoms such as severe palpitations or shortness of breath, why expose them to the risk of a procedure?

However, when I do perform a cardiac ablation on one of my patients, it’s imperative that he or she stay on anticoagulants after the procedure – sometimes only for about three months, other times, forever.

My colleagues and I have observed discrepancy in what we believe regarding the appropriate use of anticoagulants post-cardiac ablation, and what is actually being practiced, so we set study the issue further. Our study was published in the Journal of the American Heart Association.

Using the OptumLabs™ Data Warehouse, which provides claims data for over 100 million patients, we were able to examine the records of nearly 7,000 patients who underwent a catheter ablation for atrial fibrillation between 2005 and 2014. We used the Charlson comorbidity index to assess each patient’s overall comorbidity burden.

What we found was somewhat striking. Current guidelines support continuous anticoagulation for 2-3 months post ablation, and indefinitely in high-risk patients. However, 39 percent of patients stopped taking anticoagulants before three months passed and more than half of high risk patients eventually stopped anticoagulation.

Many of these strokes may have been prevented had the patient stayed on anticoagulants. My colleagues and I hope that this publication and follow-on communication will change the course of events for current and future patients. We hope to see additional education for general internists and cardiologists, as well as patients, so that the best possible decisions can be made regarding anticoagulant use following cardiac ablation.

Very interesting! Good information from the best doctor I’ve ever come in contact with! 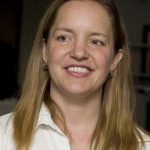 Very interesting! Good information from the best doctor I’ve ever come in contact with!