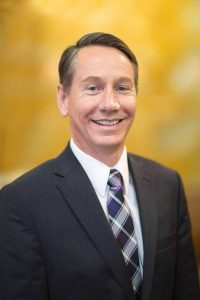 On May 17, 2016, the U.S. Food and Drug Administration granted accelerated approval to nivolumab (Opdivo®) for the treatment of patients with classical Hodgkin lymphoma (cHL) that has relapsed or progressed after autologous hematopoietic stem cell transplantation.

Much of the credit for these achievements is due to the work of Stephen Ansell, M.D., Ph.D. of Mayo Clinic. Dr. Ansell led a multi-institution phase I clinical trial of nivolumab which found the immune-boosting drug to be a highly effective therapy for Hodgkin’s lymphoma. The study, which appeared in the New England Journal of Medicine in December, 2014 demonstrated that the drug was safe and led to an 87 percent response rate in patients who had failed on other treatments.

At the time, Dr. Ansell noted, “Nivolumab is a very promising agent that is reasonably well-tolerated and can easily be combined with other agents in the future. He also predicted, “It won’t be long before this particular agent will be approved, and then we will see other studies exploring how to administer it most effectively.”