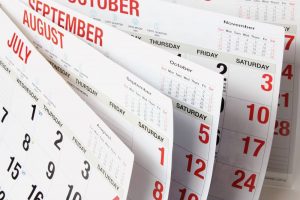 “Never go to the hospital in July,” a phrase often repeated by patients; and perpetuated by a myriad of hospital employees, casts a worrisome tone over care received in July. Thus we hear of the “July Phenomenon.”

This is because each July 1 is the start of the medical residency year. A day full of mixed emotions:  excitement, splendor, fear, stress, and accomplishment; it is the very environment that many clinicians thrive in. It also starts the period that some people fear can be very distracting for new doctors, and possibly even dangerous for their patients.

These new doctors, or trainees, care for their first patients, usually at different hospitals than they did their medical school, internship, residency, or fellowship. They are busy learning new electronic health record systems, clinical care protocols, meeting new people, and sometimes doing rotations in areas other than their interest and specialty.

The first of July marks a beginning, but also an end—of the medical residency year. Another chapter closes, and another level of training is complete. Trainees may breathe a brief sigh of relief, and experience a moment of respite, before the realization of a new year of added responsibility bears its weight upon their shoulders. July 1 means they are one year closer to the culmination their education to become a fully licensed and practicing physician.

Each year also entails a newly gained independence on decision making in patient care.  It brings with it the fear that mistakes will be made in these vulnerable months where legend tells us that novices run the hospital.

Multiple studies have been published that show the July Phenomenon is not correlated with worse patient outcomes including in areas of acute care surgery, orthopedics, and neurosurgery; showing that outcomes received in hospital settings during the transition period are similar to that of other times of the year.

Researchers from the Mayo Clinic Robert D. and Patricia E. Kern Center for the Science of Health Care Delivery, who focus on re-thinking how we understand and improve patient care, wanted to take those assurances one step further and ensure that patient experience, or patient perspectives of their hospital care was not suffering. Their findings were published June 1 online in JAMA Surgery . 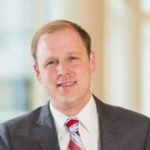 “Surgical patients had equal, and by some measures improved perception of their care,” debunking the July phenomenon, says Cornelius Thiels, D.O., lead author of the study.

In fact, his team’s research showed that the patients treated in July or August were more likely to rate the hospital highly compared to patients treated in the remaining months of the year.  Additionally, scores rating communication with doctors, pain management, communication, care transitions, discharge information, and the overall summary HCAHPS Star scores were similar between patients admitted in July or August compared to those admitted any other month of the year.  The study does note that seasonal variations of patient-centered outcomes do exist.

The primary value at Mayo Clinic is, “The needs of the patient come first.” In keeping with this belief, the goal of every physician, including those in training, is to do no harm. However, there is also a need to train future physicians, and all physicians must start out as novice interns.  The process of medical education is critical in grooming physicians to carry the torch from one generation of medicine to the next.

These findings reassured the authors, and should be welcome news to patients. While the fear of July may still persist, it may in fact, be the safest time to be a patient.