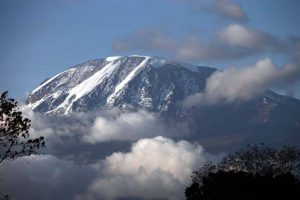 The core group of Mayo Clinic researchers that moved their lab to the base camp at Mount Everest to study heart disease and aging are at it again, this time in Africa. Along with a party of nearly 35, they will be climbing Mt. Kilimanjaro, obtaining scientific data from the climbers along the way.

Led by Mayo physiologist Bruce Johnson, Ph.D. and joined by Amine Issa, Ph.D., Courtney Wheatley, Ph.D., and Jan Stepanek, M.D., among others, the group will monitor climbers’ heart rates, oxygen saturation, movement, energy expenditure, skin temperature and the quality of their sleep. They’ll also conduct ultrasound scanning to determine differences in younger and older climbers as they react to the altitude.

“It’s about comparing heart and lung function in this natural laboratory,” says Dr. Issa, who was part of the group on Everest. “We want to check on limitations to their functioning and whether or not a vitamin B3 supplement can help them.”

That supplement is being tested as part of Mayo’s collaboration with Thorne Research, a pharmaceutical company, which is a major sponsor of the climb. The researchers want to determine if an analog of vitamin B3 will increase metabolism efficiency and something called NAD – nicotinamide adenine dinucleotide – in the climbers’ blood. If so, it should help them adapt to the rigors of altitude sickness, which is in itself an analog for heart and lung disease.

Mayo will have eight in its research group. Everest mountaineer Conrad Anker of equipment sponsor The North Face, will lead the climb. In addition to Thorne Research, there will be individuals from Philips with equipment and analysis, and Biovotion,– also major equipment providers, – members of documentary production company Seadog -- and a team from Griffith University in Australia. Also along will be Linda Wortman, cancer survivor and Mayo Clinic lung surgery patient.

The climbers will arrive in Tanzania on August 4th and begin their ascent on the 7th, to return in ten days. When possible, climbers will be posting their progress on social media via #kiliclimb2016. Kiliminjaro, a range consisting of three dormant volcanoes, is the highest mountain in Africa. 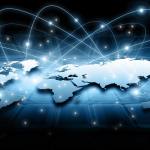 How exciting to set forth to climb Mount Kilimanjaro! I am looking forward to the scientific results you glean from this tremendous experiment! I have a friend who made this journey and he indicated that is quite amazing but the weather was quite messy. Best wishes for good weather and the well-being of all those involved. 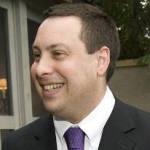 A little belated perhaps, but best wishes to all in the expedition – looking forward to hearing about both the science and the adventure!

This touches a point independent of senile decrepitude: we are finite beings and even if our vital functions continued unimpaired, there are limits to what our brains can store and keep adding to
http://www.192-168-1-1.co

Nothing is limited when old age comes, at any age you should also keep yourself a clean lung
http://rollingskygame.com/

Great post,Thanks for providing us this great knowledge,Keep it up.

Mount Kilimanjaro or just Kilimanjaro, with its three volcanic cones, Kibo, Mawenzi, and Shira, is a dormant volcano in Tanzania.