Introducing the Sepsis and Shock Response Team, and other care-improving research outcomes 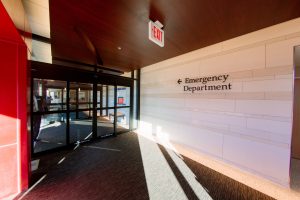 Sepsis is a potentially life-threatening complication of an infection. Typically, sepsis occurs in people who are already hospitalized, but is also diagnosed among patients who come to the emergency department. It is the most expensive condition treated in the U.S.

In 2002, the Society of Critical Care Medicine and the European Society of Intensive Care Medicine established the “Surviving Sepsis Campaign,” to reduce worldwide deaths from sepsis. The campaign seeks to build awareness of sepsis and educate health care providers regarding prevention, diagnosis and treatment. The group published guidelines and designed a performance improvement program, which are updated regularly. As with heart attacks and strokes, rapid identification and treatment of sepsis saves lives, but unlike these other conditions, the symptoms are not always obvious.

While Mayo Clinic has long been a participant in the Surviving Sepsis Campaign program, reviewing hospital records through a quality improvement lens revealed some areas for intervention.

The team used the Institute for Healthcare Improvement’s Failure Modes and Effects Analysis (FMEA) Tool and other quality improvement methods to review current practices. They then developed interventions that led to a more reliable application of all appropriate elements of the Surviving Sepsis Campaign bundles. (A bundle is a set of elements of care that, when implemented as a group, have an effect on outcomes beyond implementing the individual elements alone).

Interventions included the development and implementation of a sepsis sniffer algorithm to identify potential sepsis patients in the emergency department, and a decision support tool embedded in the electronic medical record to standardize resuscitation procedures. In addition, for patients diagnosed with sepsis, a multidisciplinary team was established to provide critical support. This new multi-disciplinary Sepsis and Shock Response Team responds in person to confirm diagnosis and ensure compliance with Surviving Sepsis Campaign bundles.

Through quality improvement methodology, the study team was able to develop high-impact interventions that led to more reliable application of the Surviving Sepsis Campaign bundle. These interventions resulted in improvement in bundle compliance within six months of project completion. Furthermore, improvements were seen in hospital mortality among all sepsis patients, and significant improvements were seen among severe sepsis patients admitted through the emergency department, the focus of this study’s efforts.

For more information, read their publication in the American Journal of Medical Quality.

Not only in alignment, but ahead of the curve!

This research is part of a broad spectrum of projects within the Mayo Clinic Robert D. and Patricia E. Kern Center for the Science of Health Care Delivery. The center seeks to discover new ways to improve health; to translate those discoveries into evidence-based, actionable treatments, processes and procedures; and then to apply this new knowledge in the practice to improve care for our patients, and patients everywhere.