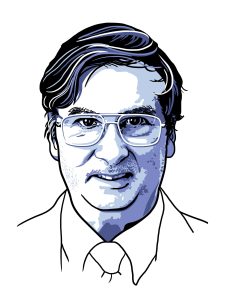 On the brink of discovery, Sandra J. Gendler, Ph.D., and Peter A. Cohen, M.D., take a moment to reflect on a collaboration and friendship that began in 2008 when Dr. Cohen made the move to Mayo Clinic in Arizona.

“I recognized that this chance to work closely with Sandy offered a once-in-a-lifetime opportunity to figure out how to target cancer cells effectively through their expression of MUC1,” says Dr. Cohen.

And what has made them such a good team over the years? “We both love music and good movies, although Peter’s movie interests are mostly confined to pre-1931,” jokes Dr. Gendler. “We’re not afraid of getting scientific results that are the opposite of what we expected because some of the biggest discoveries are first observed during ‘failed’ experiments.”

Currently the two are addressing one of the toughest challenges immunotherapists face — that even advanced cancers often remain inconspicuous in the body for months to years before causing major problems, leading the immune system to coexist rather than attack cancers.

However, the dynamic duo is reprogramming the immune system to create the next line of defense against cancer. Their partnership is the leading force behind a major clinical trial currently in progress that attempts to trick the immune system into perceiving cancer less as a chronic entity and more like a life-threatening infection. 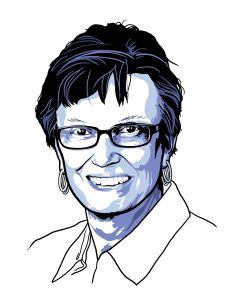 When they started this work five years ago, there were already dozens of immunotherapy agents designed to treat cancer patients, but they proved disappointing in clinical trials. The pair of researchers hypothesized that alternative dosing schedules might unmask the therapeutic potency of the agents that seemed to have the most potential.

“We pitted such agents against the worst tumors we could find, including a notorious breast cancer tumor that metastasizes widely within minutes of being inoculated into models, as well as an equally tough-to-cure pancreatic cancer tumor,” Dr. Cohen says.

The combined drug treatment was not only more effective, but extremely well-tolerated.

“When we do this in test models, we are able to make advanced breast, colon and pancreatic cancers go away and not come back, so now we are attempting to employ a similar strategy in patients with advanced cancers,” Dr. Gendler says.