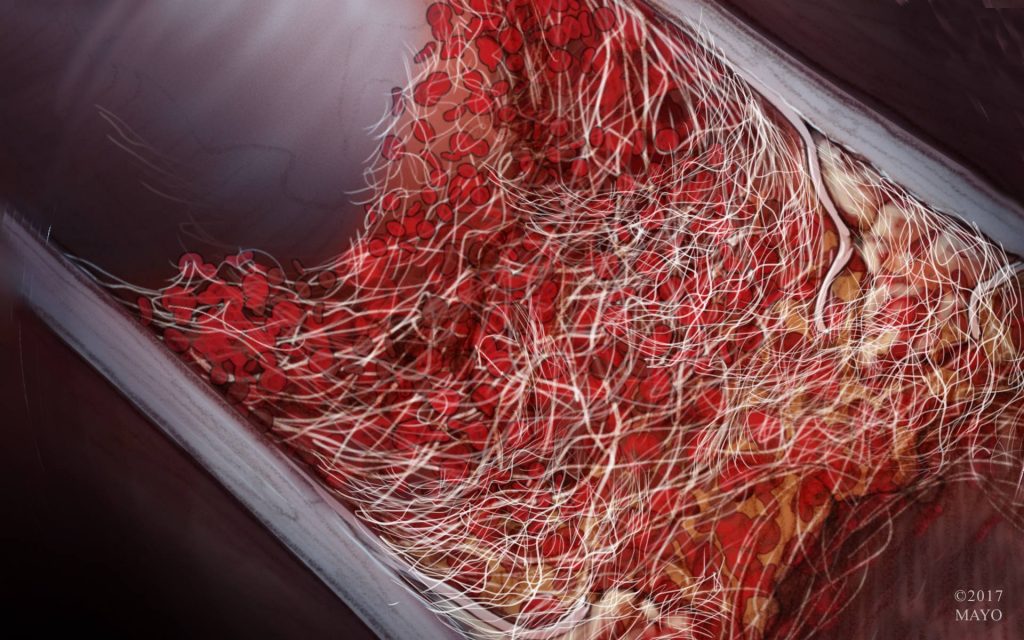 A recent Mayo Clinic study has found that many U.S. health care providers are habitually ordering a mostly unnecessary and quite expensive genetic test to identify a patient’s hereditary risk of venous thromboembolism (VTE). Further, if other institutions followed Mayo’s VTE test utilization example, there is significant potential to reduce costs and economic impact in this area of clinical pathology.

Venous thromboembolism is a potentially life-threatening condition when, for example, a blood clot occurs in the leg veins and moves to the lungs. Clotting can also locate in other veins of the body.

The study demonstrates that the costly genetic test, which detects the condition called activated protein C resistance (or APC-R) due to the mutation factor V Leiden (FVL), was not needed in approximately 80 percent of cases studied. Factor V Leiden, a mutated form of the protein human factor V, causes an increase in blood clotting. The variant can be found in both men and women.

“Factor V Leiden is the genetic basis for activated protein C resistance,” says Rajiv Pruthi, M.B.B.S., co-director of Mayo Clinic’s Special Coagulation Laboratory and Molecular Hematology Laboratory and senior author on the study. “It is the most common genetic risk factor for VTE among the white population . . . . About seven out of every 100 whites in the U.S. carry this mutation.” 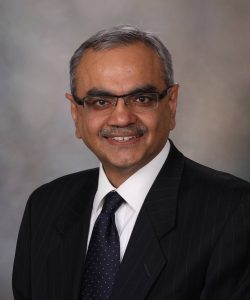 Dr. Pruthi adds, “Only about 10 percent of those who carry it will develop VTE over their lifetimes. Nevertheless, if you extrapolate even that 10 percent from the 7 percent of the entire white population, that’s a lot of people who will develop blood clots that can lead to serious complications.”

Background on Testing and Cost Savings
Typically, for VTE, there are two tests health care providers can order: the APC-R assay, which is a more inexpensive functional test preferred by Mayo Clinic, or the FVL genetic test, which is about twice as expensive as the APC-R assay.

To analyze ordering patterns on a national scope, the study team partnered with OptumLabs Data Warehouse, a database of de-identified, linked clinical and administrative claims information, to gain access to more than 19 million tested patients. Insurance claims for these two test methods were compared (for calendar year 2013) with the Mayo Clinic Special Coagulation Laboratory database. The Centers for Medicare and Medicaid Services Clinical Laboratory Fee Schedule was then used to assign costs.

Findings revealed that physicians at other institutions were ordering the Factor V Leiden test much more often, as the only test, which contradicts how it’s long been done at Mayo.

“Back in the mid-90s, we decided to go with a functional APC-R as the initial screening test for this disease,” says Dr. Pruthi. “And if the patient result is normal, you don’t need the genetic test. If it’s abnormal, then one can go on and confirm the genetic basis with the FVL test—and the importance of that would be to determine whether the patient carries one copy of the gene or two copies.”

The cost savings comes from ordering the APC-R test first. A negative result in this functional test means there is essentially no possibility the condition exists—in which case the more expensive genetic test would, indeed, be highly unnecessary.

“At eye level, we were clearly using a more cost-effective approach,” says Dr. Pruthi. “But the only objective way of getting at these hard numbers was to look at the Medicaid reimbursement.”

Based on this comparison, the cost-per-evaluated individual was $83.77 in the national data from OptumLabs and only $36.38 at Mayo Clinic, with a potential cost savings of $47.39 per individual.

Besides lowering costs, reliance on the APC-R profile also reflects best practice, according to Dr. Pruthi.

“Value-based medicine is an important part of health care moving forward, and we want to show that, ‘Look, we’re doing it right. We’re providing high-quality patient care in a cost-effective way,’” he says.

A Disconnect between Labs and Clinicians
If using the APC-R functional assay is much less costly and more efficient, why are so many institutions doing otherwise?

“As clinicians, we all want the best for our patients, and we want to get the information that we need,” says Juliana Perez Botero, M.D., who was a Mayo Clinic fellow in the Hematology/Oncology Division at the time of the study, which she co-authored. “But it turns out that some are misinformed and may be ordering redundant testing, and they don’t even know it.”

One reason is that clinicians may get confused or overwhelmed by the many tests to choose from on a lab’s electronic ordering portal. Thus, some patients are given the wrong test altogether. And even if a clinician chooses the correct test, it might not be the least expensive option. Further, the chosen laboratory may not be equipped to handle it and has to send it to another reference laboratory.

“Maybe there’s an opportunity here for laboratories to better educate their clients and work on making sure the testing information is out there and available to them—what is offered and why,” says Dr. Perez Botero, now associate medical director of the BloodCenter of Wisconsin in Milwaukee. “Because in hematology, unlike orthopedics or neurosurgery where you have X-rays and images to look at, you rely heavily on your lab for everything. In hematology, you’re only as good as your laboratory and lab staff are.”

Dong Chen, M.D., Ph.D., chair of Mayo’s Division of Hematopathology, also co-authored the paper. He agrees that educating physicians about “the pros and cons” of each test would help them order the correct ones. Unfortunately, such an undertaking leans toward a pipe dream. 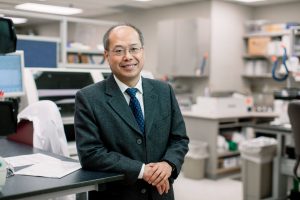 “Physicians are busy and really don’t have time to manage the details of test utilization,” he says. “So, therefore, they haven’t been very good at complying with and staying current on test utilization in this field.”

Simplifying Is Key
To facilitate test compliance, the Mayo Clinic Special Coagulation and Molecular Hematology Laboratories have simplified the test-ordering process and made it straightforward for clients, which saves them precious time for more urgent matters. The way in which a lab presents its ordering menu and, in turn, the way health providers perceive it, is key in tackling the cost-effectiveness issue.

“We will set up the functional [APC-R] assay as the initial screen, and then we only do the genetic testing if the functional screen is abnormal,” says Dr. Chen. “So, our clients only see one test to order, rather than having to figure out the testing algorithm themselves.”

The study recommends that laboratories program their electronic ordering menus and defaults to assist the provider in choosing the right test and help reduce duplicate orders.

“The lab still offers genetic testing up front,” says Dr. Perez Botero. “But when ordering through the institution, you have to go through specific order sets, and when you try to choose the factor V Leiden test, the software gives you a warning and tells you that the APC-R is the preferred test. Then, it asks if you’re sure about selecting the genetic option. So that’s something that works really well in clinical practice, when labs work together with clinicians in helping them make the right choice for the patient.”

Laboratories should take a proactive approach in implementing testing utilization, rather than asking clinicians to make testing decisions on their own.

“We’re not waiting or relying only on the physician to do effective testing,” says Dr. Chen. “We’re doing something to help them make the best decision.”

Mayo’s highly integrated practice makes this proactive approach easier than it would be at, for example, a private practice.

“We have a number-one ranked hospital attached to our reference labs,” says Dr. Chen. “And our [Division of Hematopathology] is served by a very diverse group of consultants that includes hematopathologists, hematologists, cardiologists, and pediatric hematologists. Therefore, in a sense, our lab consultants know exactly what clinicians are thinking, and so they can help design better test utilization practices, not only for themselves, but also to help their colleagues and peers in the field.”

So, how can laboratories and institutions that do not have Mayo’s integrated clinical and laboratory expertise reduce unnecessary costs and improve efficiency? By cultivating more cooperation and open communication among references labs and the providers doing the ordering.

“Labs should be partnering with the health care providers who order these tests,” says Dr. Pruthi. “So they can to do the right test at the right time for the right patient.”

This piece was written by Christoph Bahn, who covers emerging research and discovery for Mayo Medical Laboratories. His writing has also appeared in The New York Times, Los Angeles Times, and Smithsonian Air & Space.