Three strikes, then a home run: Paige’s path to a diagnosis 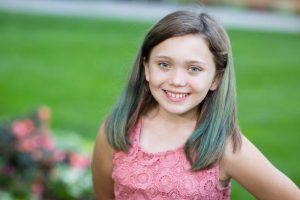 Paige Whorton’s zeal for life is infectious. “I like parasailing, exploring, and zip lining — daredevil stuff,” she says with a giggle.

However, pain in her joints, building for years, was slowing her down.

“My bones and joints would hurt when I would run. I couldn’t do anything fun with friends. It was more like, ‘let’s sit down and play dolls’,” she says with a poise that belies her 13 years.

After a years-long trail of medical appointments and uncertain test results, Paige’s condition rapidly declined. In constant pain, she completed the second half of sixth grade at home. 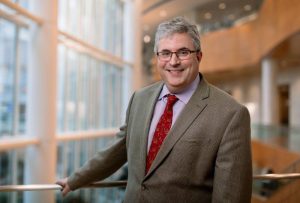 Working with a team of two research fellows at Mayo Clinic, Brendan Lanpher, M.D., a geneticist, led the efforts to find Paige’s diagnosis.

He immediately suspected lysosomal storage diseases, a group of rare inherited disorders in which enzymes don’t properly break down complex molecules, causing accumulation and damage to bone, heart and other tissues.

“She had a number of symptoms that were all subtle, but suggested a pattern that pointed to metabolic storage disorder. Left untreated, these diseases can cause premature death,” says Dr. Lanpher.

A near strike out

In baseball metaphors, it would take three strikes before the game winning home run that secured treatment to save Paige’s life.

The first screening, a urine test was just slightly beyond normal. Strike one. This is where other providers stopped and sent Paige home.

“Because all her symptoms fit the profile of lysosomal storage disease, it made sense to keep testing,” says Erin Conboy, M.D., a biochemical genetics fellow. “We moved on to whole exome DNA testing, which examines all the disease causing genes.”

To confirm her disease, Paige’s DNA needed to show two copies of a genetic mutation. However, the results showed only one. Strike two.

The team from Mayo Clinic’s Department of Clinical Genomics within the Center for Individualized Medicine dug deeper into research for an answer.

“We rely on computers to help us find genetic alterations. It was clear that we needed to look deeper within the gene to find the second mutation. To do, that we expanded the computer analysis to a little known area outside the defined region. We finally found it in a region that the computer analysis typically does not cover,” says Filippo Pinto e Vairo, M.D., Ph.D., a research fellow.

One final step stood between Paige and treatment: the team needed a biochemistry test to prove Paige’s enzymes weren’t working, and that replacement therapy was the proper treatment.  But, the first test showed her enzymes were normal. Strike three.

“We were convinced we had the right diagnosis,” says Dr. Conboy. “We knew there was a flaw in this test that was done at a lab outside of Mayo. So, we sent it to a different lab.”

The second test confirmed Paige’s enzymes weren’t working, and the team had the right course of treatment. Home run!

“I’m so proud of my team. I am confident this diagnosis would have been missed just about anywhere else. This was a complex case that no single one of us could have solved on our own.” - Brendan Lanpher, M.D.

To stop the progression of the disease Paige is receiving weekly enzyme replacement therapy that will continue for the rest of her life.

“I’m so proud of my team. I am confident this diagnosis would have been missed just about anywhere else. This was a complex case that no single one of us could have solved on our own,” says Dr. Lanpher.

This post originally was published on the Center for Individualized Medicine blog on Dec. 18, 2017.

Watch a video to hear from Paige and her family about her path to a diagnosis.