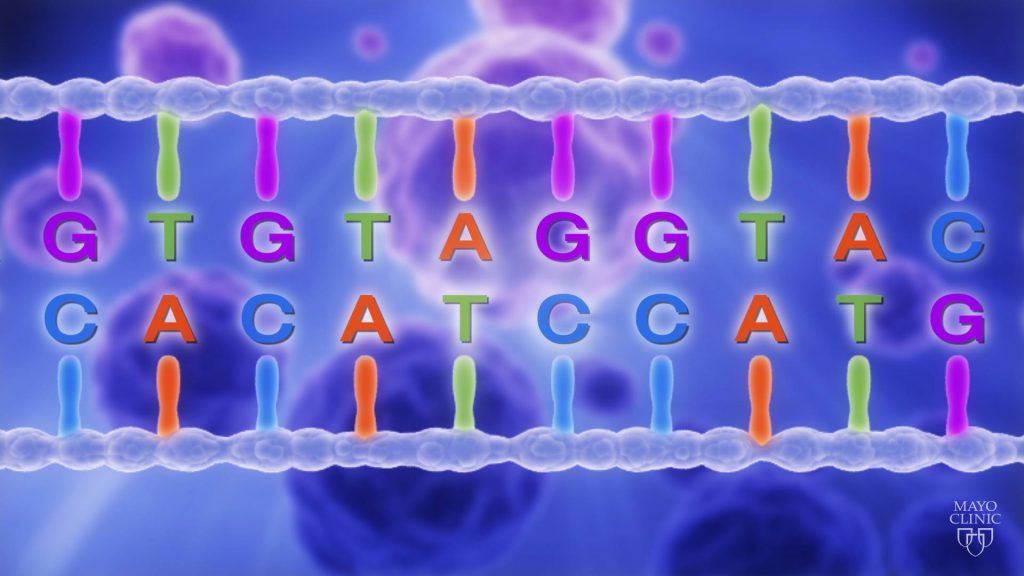 Deep inside a cancer biology research laboratory, amid countless vials, machines and experiments, recent genomic findings have pointed to a new potential route addressing some of the most aggressive cancers. Recently researchers on Mayo Clinic’s Florida campus zeroed in on a genetic pathway—SCD1—which they found operates in high gear in many potentially deadly tumors. Their plan now is to interrupt the SCD1 protein with a novel molecule they developed, which may interfere with cancerous cells while leaving normal cells alone.

Research from the lab of cancer biologist John Copland III, Ph.D., identified that the SCD1 pathway is active in a myriad of aggressive cancers. His team found SCD1 proteins, enzymes produced by the gene, appear in abundance in several fast-growing tumors, though they aren’t prevalent in normal tissue. In fact, high levels of the SCD1 are associated with a poor prognosis in certain forms of breast, lung, colon and soft tissue cancers. The enzyme plays a key role in breaking down fats in tumor cells, in particular converting complex, saturated fats into simple, usable fats and fatty acids that tumors store for energy and growth. The conversion of fats is known to be essential for tumors to grow and thrive.

Dr. Copland’s team has taken the next step to translate the SCD1 discoveries into a potential treatment. He recently received funding from the Bankhead-Coley Cancer Research Program, as announced by the Florida Department of Health, to do just that. The next stage of research aims to interrupt the SCD1 pathway, essentially starving rapidly growing cancer cells.

Using state-of-the-art technology, his research team developed a novel SCD1 inhibitor, a molecule capable of interfering with the SCD1 enzyme to stop the conversion of fats by tumor cells. In laboratory tests, the molecule interfered with cancers of the breast, kidney, liver, bladder, prostate, lung, thyroid, pancreas, colon, ovaries, and with melanoma. Over the next three years, the team will study this compound and its ability to block tumor growth, particularly in aggressive breast and colon cancers and melanoma.

“In general, normal organs don’t express SCD1, the SCD1 inhibitor wouldn’t have toxicity to other tissues,” says Dr. Copland. “While clinical trials in humans could be several years away, we are working on this promising compound, which we hope ultimately could be taken in pill form.”

The studies will combine the compound with other drugs already approved by the Food and Drug Administration to identify optimal drug combinations that interfere with cancer growth. “The SCD1 pathway is turned on in many aggressive cancers, where the cells replicate rapidly. We hope that an inhibitor would be effective for a broad range of cancers,” Dr. Copland says. Discoveries made in the lab will serve as the catalyst for developing clinical trials, with the aim of bringing innovation to patient care, faster.