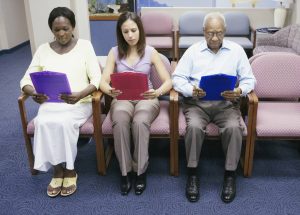 For many patients, clinical trials offer a chance to benefit from promising new treatments that are not available in the doctor’s office. Yet not all people have the same access to these opportunities.

Groups such as racial minorities, older individuals, and those with low income are less likely than others to participate in clinical trials, according to government agencies. For example, the U.S. Food and Drug Administration reports that racial and ethnic minority groups represent only 19 percent of drug trial participants in the U.S., yet these groups make up approximately 36 percent of the population, according to the 2010 U.S. Census. This lack of diversity also means that research findings ­may not apply to the general population.

Mayo Clinic has many efforts underway to address this gap. The Mayo Clinic Office of Health Disparities Research works to increase participation of underserved minorities in clinical trials, in collaboration with organizations that serve these groups.

One such effort is Mayo Clinic’s 13-year collaboration with the Volunteers in Medicine clinic in Jacksonville, Florida. Part of a national organization, the Jacksonville clinic serves working, low-income, uninsured patients and is staffed by two employees and 230 volunteer medical professionals. Approximately half of the clinic’s patients are African-American and 10 percent are Hispanic.

“Mayo Clinic is trying to reach out to the underserved populations in the communities that we serve, to make sure that they have access to cutting-edge research that would benefit them,” says oncologist and researcher Gerardo Colón-Otero, M.D., who leads Mayo’s research collaboration with Volunteers in Medicine and is office chair of the Office of Health Disparities Research at Mayo’s Florida campus.

Providing the continuum of breast cancer care and research

Dr. Colón-Otero and other Mayo staff volunteers have provided breast cancer care to more than 250 patients at Volunteers in Medicine. Patients who have abnormal mammograms or breast exams receive further consultation and treatment at Mayo Clinic — including therapies available through clinical trials.

“If you look at the population that is represented in the publications from cancer research trials, they’re almost invariably white patients, with an underrepresentation of African-American and Hispanic patients. Therefore, whether or not the results are applicable in those populations is a total unknown,” says Dr.  Colón-Otero. “It is a commitment of the Office of Health Disparities Research and the Mayo Clinic Cancer Center to make sure that all segments of the population in the area we serve have access to the advances in cancer research.”

Measuring prevalence of a genetic marker for cancer 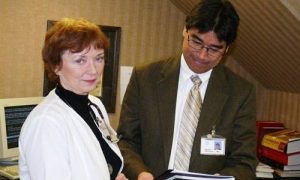 In collaboration with Volunteers in Medicine and several faith communities in Jacksonville, Dr. Colón-Otero and his team conducted one of the first studies of genetic markers for follicular lymphoma in African Americans.

Follicular lymphoma is one of the most common lymphomas in the U.S. Eighty-five percent  of patients with follicular lymphoma have a chromosomal abnormality called a translocation that occurs between chromosomes 14 and 18. This abnormality, denoted as t(14;18), can be detected in a blood test. Recent data shows that when detected at high levels, t(14;18) is associated with a 23 times higher risk of lymphoma than in the general population.

“The problem with follicular lymphoma is that many times it’s a very indolent disease, so not everybody who is diagnosed needs treatment right away,” says Dr. Colón-Otero. “This suggests these kinds of tests may potentially be used for screening, to increase awareness of a much higher risk and the need for closer monitoring. It also brings the prospect of evaluating preventive measures aimed at eliminating the t(14;18) before the development of follicular lymphoma.”

Based on previous studies on the prevalence of follicular lymphoma, the researchers were expecting the genetic marker to be less common in African Americans. To their surprise, it was equally common in the two groups. Their findings were published in 2017 in Annals of Hematology.

In addition to helping identify biomarkers, this data adds to the body of knowledge about follicular lymphoma, providing clues into factors that may cause the disease.

Closing an awareness gap on the HPV vaccine

In a study published in 2016 in Cancer Medicine, a team led by Mayo Clinic researcher Carmen Radecki Breitkopf, Ph.D., surveyed Volunteers in Medicine patients about their knowledge of the human papillomavirus (HPV) and the HPV vaccine. HPV vaccination is an effective way to prevent cervical and other cancers.

These findings signal a critical need to promote HPV awareness and vaccination. “Our findings have implications for reducing cancer disparities through outreach efforts in underserved communities that focus on prevention,” says Dr. Radecki Breitkopf, who is a member of the Office of Health Disparities Research Steering Committee. “In collaboration with Volunteers in Medicine, our team is working toward ensuring awareness of a vaccine to protect against HPV-associated cancers and facilitating access to HPV vaccination.”

The Office of Health Disparities Research team is currently piloting an HPV vaccination program at the clinic.

Mayo Clinic staff involved in health disparities research with Volunteers in Medicine include: