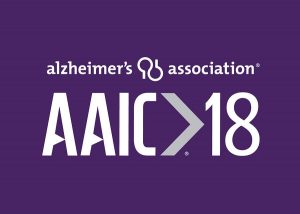 About 30 Mayo Clinic scientists are presenting at this week’s Alzheimer’s Association International Conference in Chicago, and another roughly two dozen researchers are contributing authors. They’re among more than 5,600 scientists from 65 countries.

The schedule and abstracts are available on the Alzheimer’s Association conference website.

All the research has one goal: to help the growing number of patients and their families dealing with this difficult illness. “With the enormous impact of Alzheimer’s disease — on society, on the health care economy — if we can make progress with regard to treatments that may reduce the number of people with the disease, delay the onset, slow the progression of the disease, that would be huge for individuals, families and the health care systems,” says Ronald Petersen, M.D., Ph.D., director of the Mayo Clinic Alzheimer’s Disease Research Center and the Mayo Clinic Study of Aging.

Some Mayo Clinic highlights at #AAIC18: 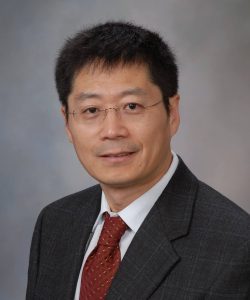 Guojun Bu, Ph.D., will give a plenary discussion on “Pathobiology of ApoE in Alzheimer’s Disease.” Dr. Bu is a leader in the field of apolipoprotein E (ApoE) biology and ApoE receptors, which play critical roles in brain lipid transport, synaptic function, injury repair and beta-amyloid protein metabolism in Alzheimer’s disease. He is the Mary Lowell Leary Professor of Medicine at Mayo Clinic’s Florida campus and an associate director of the Mayo Clinic Alzheimer’s Disease Research Center.

Dr. Petersen and David Knopman, M.D., will present “Operationalizing the NIA-AA Alzheimer’s Disease Research Framework.” The new National Institute on Aging-Alzheimer’s Association research framework defines Alzheimer’s disease on its biological basis — the presence of amyloid protein plaques and tau protein tangles — not on clinical symptoms such as trouble with memory and thinking. This symposium will include criteria for future evaluation of the framework. Dr. Petersen is the Cora Kanow Professor of Alzheimer’s Disease Research. Dr. Knopman is a clinical neurologist involved in research in late-life cognitive disorders. He also is associate director of the Alzheimer's Disease Research Center at Mayo Clinic. 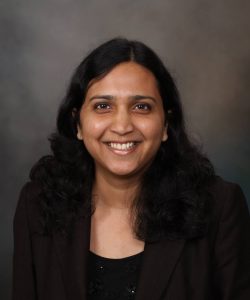 Prashanthi Vemuri, Ph.D., will present emerging research in her plenary talk on “Alzheimer’s Disease Biomarker Epidemiology in the Aging Population: Prevalence‚ Risk Factors and Outcomes.” Amyloid and tau protein deposition in the brain are the underlying causes of Alzheimer’s disease dementia. Over the past couple of decades, research has developed and validated biological markers, also called biomarkers, for measuring these Alzheimer’s disease brain changes connected to amyloid and tau. “Improving our understanding of Alzheimer’s disease biomarker epidemiology will contribute to better understanding of disease mechanisms as well as lead to early detection, treatment and prevention of Alzheimer’s disease,” Dr. Vemuri says. Her talk will focus on the Mayo Clinic Study of Aging. The Olmsted County, Minn., population-based study is a rich resource of longitudinal biomarker and cognition data across the lifespan.

Two researchers received de Leon Prizes in Neuroimaging at #AAIC18. The awards are presented annually to a senior scientist and a new investigator judged to have published the best paper in a peer-reviewed journal on advanced medical imaging of the brains of people with diseases such as Alzheimer’s or Parkinson’s.