Senescent cells and aging: Following up on the unexpected pays off 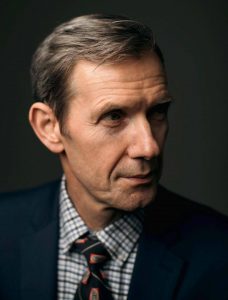 Starting at age 8, Jan van Deursen, Ph.D., helped his carpenter father on the weekends when he built custom staircases, windows and doors for people in their village in the Netherlands.

“My father had a fast pace, and I had to keep up with him,” says Dr. van Deursen. “I didn’t realize it at the time, but he was very creative in solving problems in his craft, which involved significant improvisation. I give him a lot of credit for the influence he had on me.”

That childhood wasn’t idyllic, however. When Dr. van Deursen was 10, his mother started to develop symptoms of pulmonary fibrosis. She died during his last year of high school, after several years in and out of the hospital.

“I had to take care of my dad and do things that most kids of that age didn’t do,” he says. “It wasn’t a good period for me. I’d always been a good student until things became difficult at home. Then I had a hard time just passing my classes so I could go to university. I knew what I wanted to do — pursue biology — but other things were going on in my life that occupied my attention. At university, I set a goal of just making it year to year.

“By my third of five years, I’d passed the hurdle, becoming exceptionally interested in my studies and doing well. I was hooked on learning about all aspects of cells, organisms and molecular mechanisms that drive everything. I won some awards, which set me apart from others and helped me land a job after college in a good Dutch Ph.D. program.”

A niche with mice

In the late 1980s Dr. van Deursen began working with mice to recreate genetic mutations of diseases found in humans — work that wasn’t being done to a great degree at that time.

“My work was at the forefront of that development,” he says. “The senior scientists in the U.S. and Britain, who at the time were ahead of me, received the Nobel prize in 2007 for their groundbreaking work.”

On completion of his Ph.D., he accepted a position with St. Jude Children’s Research Hospital in Memphis, Tennessee, where he spent two years building a transgenic mouse facility. He then became an independent investigator, soon armed with a Research Program Project Grant (R01) from the National Institutes of Health.

“I didn’t know the extent of it beforehand, but very successful researchers wanted animal models for their genes of interest, so I spent two years making animal models,” he says.

From his research came watershed papers in Nature, Science and Cell. Seeking an ideal environment for raising his family, Dr. van Deursen moved to Rochester, Minnesota, with his wife and two daughters in 1999.

He accepted a position at Mayo Clinic.

A new home at Mayo

“Dr. Bill Crist, the former head of hematology/ oncology at St. Jude’s, had gone to Mayo and recruited Rick Bram, now chair of the Department of Pediatrics at Mayo Clinic) and me,” says Dr. van Deursen. “The environment at Mayo was extremely collegial. 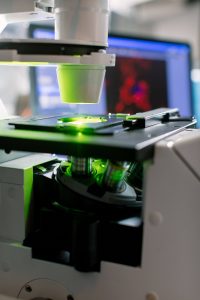 Physicians at Mayo know a lot about physiology and diseases, are open to interacting with basic science labs and are genuinely interested in collaborating.

A basic research lab can benefit greatly from having clinical colleagues around, as is evidenced by the publications originating from my lab over the last 18 years.

“At some institutions, you are required to be loyal and exclusive to your department. At Mayo, you just find your way — whatever collaboration makes sense. I’ve never found it difficult to identify good collaborators. I really like Mayo’s loose, fluid departmental structure.”

At Mayo, Dr. van Deursen developed a facility to create mouse models of human disease. He unexpectedly hit upon a major breakthrough — one that researchers had been trying to figure out for 50 years. It was the effect of senescent cells on aging. Senescent cells accumulate with age, lose their original function but fail to die.

“I was trying to be a cancer biologist,” he says. “In my attempts to make cancer models in 2001, I made a number of interesting discoveries that had nothing to do with cancer. When I see something unexpected, I get more interested in it. I don’t abandon a finding just because it doesn’t fit where I intended to go.

So I followed up on this finding. I’d been trying to make an animal model for aneuploidy — a universal hallmark of cancer cells that rearranges the DNA  and chromosomes. In making the model for that chromosomal instability, we found that the mice didn’t get cancer but developed an aging process that was accelerated by six times.”

Follow-up studies resulted in several high-profile papers, one of which was in Nature in 2011 and also chosen by Science magazine as one of the top 10 scientific breakthroughs of the year.

“We started to make the connection,” says Dr. van Deursen. “If mice have accelerated aging and accumulate these cells at a young age, maybe the senescent cells actually accelerate aging. In 2008 we published the first link between senescent cells and features of aging including muscle wasting, cataracts and lipodystrophy. This was done in collaboration with Dr. Andre Terzic, a long-term collaborator at Mayo.”

Mayo Clinic spun off Dr. van Deursen’s discovery  to Unity Biotechnology, a company looking to make an impact on aging and diseases of aging. Dr. van Deursen is co-founder of the company, which is focused on determining if senescent cells can be removed in humans and developing therapeutics. The company is gearing up for clinical trials on osteoarthritis and glaucoma in humans.

“I started the basic science groundwork for this about 15 years ago, which led to interesting discoveries in 2011. Now we’re exploring therapeutic applications in human trials,” says Dr. van Deursen. “If these trials are successful, they will open the door for us to explore other diseases.”

Osteoarthritis and glaucoma were chosen for  the first trials because they can be treated with  local administration of the drug — a joint or ocular injection — instead of systemically. This helps to avoid the need to control potential side effects in an early-stage drug.

"It’s a good reminder to do curiosity-driven research and follow up on unexpected observations."

“My lab built a program at Mayo from what was basically a failed cancer study, which turned out to be really important for understanding a number of diseases and presented opportunities for future treatment of disease, including Alzheimer’s disease, osteoarthritis, atherosclerosis, heart disease and cancer,” says Dr. van Deursen. “It’s a good reminder to do curiosity-driven research and follow up on unexpected observations. Sometimes that’s a challenge because our clinical colleagues want to make a difference in patients’ lives very quickly. For transformative impact, one really needs to understand the molecular and cellular aspects of a disease.”

Results of the most recent research were published in Nature and Science in 2016 and, again, named by Science as one of the top 10 scientific breakthroughs — the first time a researcher’s work had been ranked more than once. Dr. van Deursen’s research placed fifth.

“The breadth of studies in the top 5 is mind-boggling,” he says. “It’s a great honor to be included.”

By the end of 2016, the research published in Nature already was the 10th most frequently downloaded paper in any scientific journal.

“Understanding the biology of a disease can lead to transformative discovery that may change the treatment of diseases that are chronic and currently impossible to treat,” says Dr. van Deursen.

"It’s a good reminder to do curiosity-driven research and follow up on unexpected observations."
Thank you for interesting way of thinking!