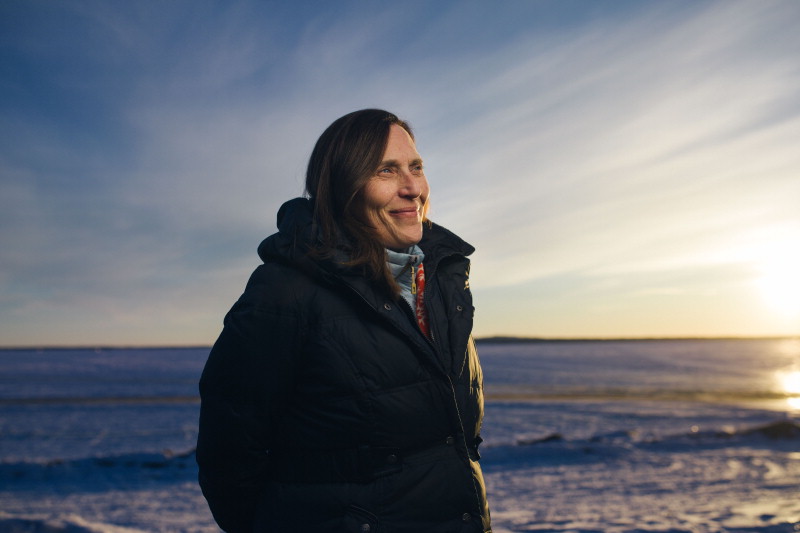 This last summer, Stacy Erholtz celebrated another blessed event with her family. The oldest of her three children was married. "I never, never in my wildest dreams, thought I would be able to participate in that beautiful, joyful event," Stacy says as she wipes away tears that come easily whenever she talks about the wedding of her daughter Claire.

Many happy milestones have passed for a mother diagnosed with multiple myeloma, a blood cancer, who once had hoped to just live long enough to see her oldest graduate from high school. Now she has seen Claire get married, become a high school teacher after graduating from college, and adopt a sweet chocolate Labrador, affectionately called "the granddog." Her middle child, Eleanor, is engaged to be married and will graduate from college as a nurse in May, inspired after shadowing nurses at several of her mother's appointments. Her youngest, Oliver, is in college and thriving. "I never lived with, 'Oh gee, I'm going to get robbed of experiencing this,'" she says. "It was more like — it would be really cool if I could see this happen. And I think I'm probably going to see many more exciting events."

Over four years ago, Stacy's treatment in a clinical trial using the measles virus against multiple myeloma was a transformational event in cancer research. The trial was Stacy's last option, having endured many other treatments over a decade-long battle. The results were immediate. The measles virus destroyed her cancer, without affecting the healthy cells of the body, within seven weeks. Stacy is the first person to go into complete remission after having cancer spread throughout her body. But, there was more to the story.

While touring the laboratory of her physician, Stephen Russell, M.D., Ph.D., a couple of months after the measles virus treatment, she saw a plaque honoring Al and Mary Agnes McQuinn. The McQuinns made Dr. Russell's research with the measles virus possible through financial support and are recognized by Mayo Clinic as Philanthropic Partners. These were also the same McQuinns whose paths had crossed many times with Stacy and her family in their community in northern Minnesota. She reached out to them, and the two families reconnected. "The chance of that happening, I just say, well, it must have been divine providence. I don't know what else," Mary Agnes says. "God works in an amazing way," Stacy says.

"The beauty of the story is remarkable. It really is." The families stay in touch via social media and occasionally in person when they are visiting Mayo Clinic at the same time. Mary Agnes and Al, who raised four children of their own, are grateful that Stacy has been able to see so many family milestones. "I just thank God every day she had these extra years and that so far, so good," Mary Agnes says. "She may have more. That's in Mayo's and God's hands. We are delighted that her life with those children was lengthened by this very wonderful little miracle that happened. It's very gratifying to both Al and me." 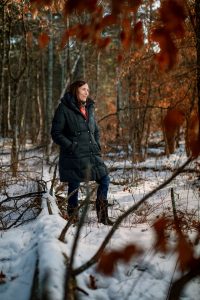 Since her story became widely known, Stacy was sought out by other patients fighting multiple myeloma on social media groups for the disease. She is referred to as "that measles lady." "I joined these groups, and I've made some really good friends," Stacy says. "I've never actually met them in person. But we've shared our stories, our experiences. We lift each other up." She has also been invited to speak before hundreds of cancer researchers at conferences. In April, Stacy gave the keynote speech at an international conference in Oxford, England. Researchers have told her that her story provides hope and a new perspective as they work to find answers. "She remains very special and inspirational," Dr. Russell says. "What we want to do is replicate what's been achieved with her a hundred thousand times over. Right now, we're not sure exactly how we're going to achieve that. But she inspires us to keep working on it."

Learning Why It Worked

While there hasn't been another patient who has had a complete remission using a similar virus, in the years since Stacy's treatment Dr. Russell and his colleagues now understand why the therapy worked so spectacularly for her.

One of the chief reasons is that Stacy lacked measles antibodies, which most people have from being vaccinated against or getting sick from measles. Basically, when you get a vaccine or the disease, the body produces an antibody that helps ramp up the immune system if the disease is spotted again. In people with measles antibodies, using the measles virus as a therapy for multiple myeloma doesn't work because their antibodies can't tell the difference. They help the body neutralize the therapeutic virus before it gets the chance to kill cancer cells. Stacy's lack of measles antibodies was due in part to her cancer. Multiple myeloma damages a type of white blood cell called a plasma cell, which makes antibodies. Stacy's lack of antibodies was also due to stem cell transplants she had to replace cancerous bone marrow, which she underwent before receiving the measles virus therapy. The antibodies she had acquired before the transplants were lost. After analyzing Stacy's immune system and sequencing her cancer genome, Dr. Russell and his team also found that she has a strong immune system. Once the measles virus destroyed the cancer, her immune system prevented it from returning in the same way.

The Future of Virotherapy

Mayo Clinic researchers are applying the knowledge from Stacy's case in clinical trials of oncolytic viruses, which infect and draw immune cells in to kill cancer cells like the measles virus did for Stacy. They are testing a replacement virus, vesicular stomatitis virus, which most people haven't been exposed to and don't have antibodies for. Researchers found vesicular stomatitis virus destroys cancer in the lab and is even more potent than the measles virus.

Researchers are also exploring covert ways to deliver the measles virus into tumors to avoid the virus being killed off by antibodies circulating in the bloodstream. "I really do think what happened to Stacy after she received the intravenous measles virus therapy stands out as a landmark in the history of the development of this new cancer approach," says Dr. Russell, the Richard O. Jacobson Professor of Molecular Medicine. The idea of using a virus to fight cancer is not new. Animal studies using viruses date back to the 1950s, but the technology and the basic facilities and equipment necessary to manufacture a gene or virus therapy pure enough to meet the Food and Drug Administration's standards for use in humans have always been the challenge. 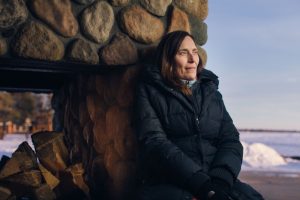 A couple of tumors came back after Stacy's treatment with the measles virus almost five years ago, but they were localized and Dr. Russell and his team successfully treated them with radiation therapy. For two years and counting she has had no other cancer treatments. On June 5, Stacy will witness another milestone — it's the fifth anniversary of the original virotherapy treatment.

Now, she chooses to live without a cancer cloud hanging over her and is learning to embrace the transitions in her life. "I've always said until somebody tells me I have cancer, I don't have cancer, and I live in the freedom of that. But now it's like, OK, it's five years and it's been two years since I've had any form of treatment. "I mean the routine that I'd really become accustomed to, the way of living, lots of children, lots of activities, lots of treatment, lots of trips to Mayo — I don't have that anymore," Stacy says. "It's been interesting to find my new way."

Read the original story 'Serendipity' from the Spring 2014 edition of Philanthropy in Action.