A vaccine to prevent breast cancer? It’s worth a shot 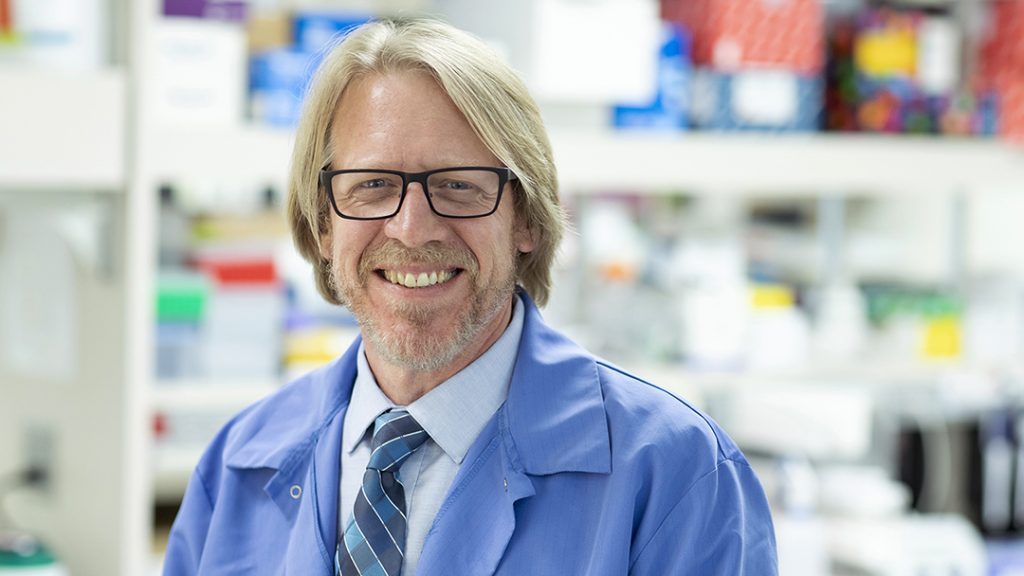 Mayo researcher Keith Knutson, Ph.D., is working with colleagues on several vaccines that could not only prevent cancer from recurring, but perhaps keep it from developing in the first place.

Each fall, millions of Americans roll up their sleeves for a flu shot, grateful for the quick pinch that may save them from the misery the flu can bring.

In the not-too-distant future, there may be a poke with a much bigger payout. Scientists at Mayo Clinic and elsewhere are working on vaccines that could prevent cancer from recurring or even developing in the first place. While they're not there yet, they hope to be soon — "probably within the next decade," Keith Knutson, Ph.D., tells The Florida Times-Union.

For example, one vaccine would work by helping the body "resist the return of Human Epidermal Growth Factor Receptor 2 (HER2) breast cancer," according to The Atlanta Journal-Constitution. "The standard approaches to treating cancer address the existing disease," Dr. Knutson tells the paper. "Our goal is to develop a strategy to address recurrence. We have good drugs … that can interfere with the recurrence of HER2 breast cancer. Our hope is that a vaccine that engages multiple aspects of the body's own immune system will build on those successes."

Dr. Knutson is also working on a preventive vaccine, which he describes as "a big game-changer." It's "a big blue-sky thing we've been working on," he tells the Times-Union. The "we" includes experts from around the country who have "been working together for eight years" to develop a preventive vaccine. Their work, supported by the National Breast Cancer Coalition, may be put to the test in clinical trials "within 16 months or so," according to the Times-Union.

Until then, consider taking other steps to reduce your risk of developing the disease. Exercise, maintain a healthy weight and limit the amount of alcohol you consume. And we probably don't have to say it, but if you smoke, quit.

This story originally appeared on Mayo's In the Loop blog.