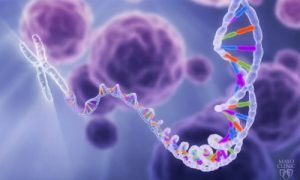 Research is advancing gene therapy as a possible treatment or eventual cure for genetic diseases that bedevil modern science. Gene therapy was conceived over 20 years ago, and until recently, remained largely in the research lab. But gene therapy products are now beginning to be approved by the U.S. Food and Drug Administration for clinical care. Physician-scientists are intrigued with exploring its possibilities for transforming medical practice.

Gene therapy seeks to target faulty genes that are driving disease and either correct or replace them. Imagine your entire genome as an electric master board that controls physical characteristics and bodily functions. A genomic variant would be the burned out fuse causing disease. Gene therapy would target the defective fuse and either replace it or add a new fuse to get everything functioning correctly.

As an example of the potential, David Deyle, M.D., of the Mayo Clinic Department of Clinical Genomics and Center for Individualized Medicine Clinomics Program, is using gene therapy in his research into possible treatments for osteogenesis imperfecta, also known as brittle bone disease. People with this devastating rare genetic disorder suffer with bones that break easily and often. Caused by a defect in the protein known as collagen, brittle bone disease has no cure. 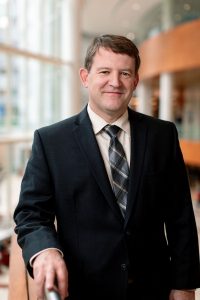 “My research has shown that when we conduct gene targeting, we can take cells from patients and correct the gene so the cells produce normal collagen. In brittle bone disease, collagen is abnormal and the bones do not function appropriately. But, if we use this virus to target and correct the gene, we can generate cells that produce normal collagen,” says Dr. Deyle. “It may not change every cell in the body, but it might have the potential to one day improve quality of life for these patients.”

Gene therapy is performed two different ways. In one method, a new gene is injected into the body using a virus or another delivery method. The virus acts like a delivery vehicle to introduce the new gene into diseased cells to repair or replace the flawed gene. An example of this might be new treatments which have been developed for hemophilia, a disease from which patients experience easy and frequent bleeding.

“We can use a small DNA virus that incorporates the human DNA sequence inside that virus and using the cell’s own machinery, it has the potential to not just replace the defective gene, but new technology also suggests that we can fix mutations within the cell,” Dr. Deyle says.

In the other method, gene therapy is done outside the body. A gene is added to a specific cell type for example blood or bone marrow and then injected into the bloodstream. The hope is that the cells will divide and replace all defective cells. Treatments for diseases like thalassemia that affect the blood system are good targets.

CAR T-cell therapy, which seeks to harness the power of the immune system by genetically modifying cells to attack cancer, is a new form of gene therapy. CAR T, a form of gene therapy currently used in patient care at Mayo Clinic, is offered as treatment for patients with B-cell leukemias and lymphomas. 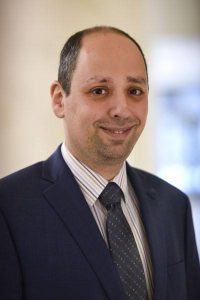 “CAR T-cell therapy is definitely a type of gene therapy. The therapy relies on the insertion of genetic materials into the patient own immune T-cells to make them recognize cancer cells,” says Saad Kenderian, M.D.

FDA has recently approved gene therapy as a treatment for certain types of genetic eye diseases like retinal dystrophy. Gene therapy has been mentioned as a possible treatment for genetic liver disease, heart disease, diabetes, hemophilia, AIDS and many other conditions.

The human genome is made up of billions of base pairs and approximately 20,000 genes. Finding the exact gene to target and correct can be like looking for a specific grain of sand on the beach. Another challenge is targeting specific cell types that will improve disease.

“How do you target the cell population that you want and not affect the whole body if you don’t want it to? You don’t want proteins turned on in all parts of the body. For example, when targeting muscle proteins, you want proteins in your muscles, not in your blood vessels or skin,” Dr. Deyle says.

While gene therapy is just starting to be introduced in the clinic, research to advance this individualized approach to care is in various stages. Dr. Deyle’s gene therapy research is in early stages. He says there are some hurdles to overcome, and it will take several years before there are gene therapy trials for brittle bone disease.

This article originally appeared on the Center for Individualized Medicine blog on Nov. 19, 2018.

For more information on the Mayo Clinic Center for Individualized Medicine, visit our blog, Facebook, LinkedIn or Twitter at @MayoClinicCIM