New data gives clarity to allergy doctors and their patients 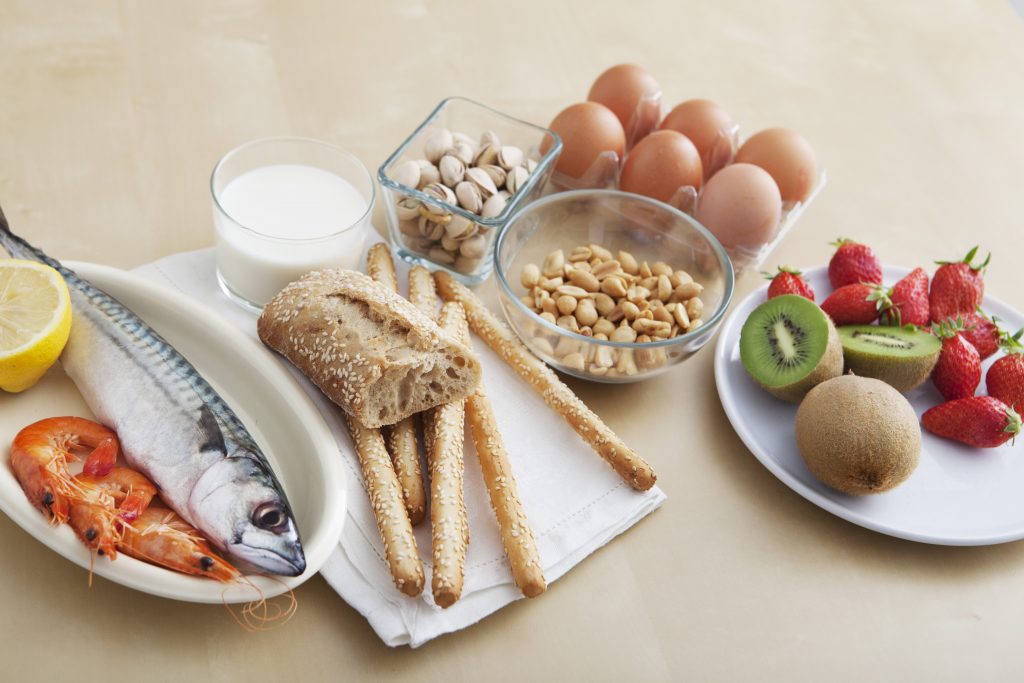 In a new study published in Mayo Clinic Proceedings, Mayo Clinic researchers present the first population-based evidence showing how often food allergies are diagnosed in people. The study also determined which foods are most likely to cause allergic reactions in different age groups.

“There were no previous population-based estimates for food allergies in the U.S.,” says Avni Joshi, M.D., a pediatric allergy and immunology doctor at Mayo Clinic, and the study’s lead researcher. “We didn’t feel that the random surveys previously conducted provided adequate clarity for the growing epidemic of food allergies.”

Knowing that they had access to a unique population health resource, Dr. Joshi and her team decided to answer these questions in a more definitive manner.

The researchers used the linked medical records of the Rochester Epidemiology Project to examine the incidence of food allergies of people of all ages during the 10-year period Jan. 2, 2002, through Dec. 31, 2011.

What the researchers found was that males were much more likely to be diagnosed with a food allergy than females, with the difference becoming evident in diagnoses in children ages 1-4. Other age groups did not have significant differences between the sexes.

What causes these shifts?

Dr. Joshi and her team have some theories about why the rates increased so dramatically and then stabilized. Now, they are looking at the period 2012-2017, and expect to see a decrease in incidence.

“So many things are different today than they were 40 or 50 years ago,” says Dr. Joshi. “We have antibiotics in our meat, and antibacterial cleaners and sanitizers everywhere. There are more pesticides and other chemicals being introduced, while at the same time we are ‘hyper clean.’

“Reducing the number of different bacteria we are exposed to actually makes our microbiome less diverse, and subsequently it seems we are developing allergic reactions to things that should not cause a response.”

In addition to less protective gut bacteria and appropriate immune responses, the team noted that the evidence in this study shows a pattern that emerged due to what seems an overabundance of caution.

In 2000, the American Academy of Pediatrics recommended delaying introduction of allergenic food in babies and small children.

By 2006, Mayo's current research shows that the overall incidence of allergies had risen.

In 2008, the Academy reversed its earlier recommendation, and in 2013 went further, and recommended early introduction of allergenic foods.

“One to two years is about how long it takes for guidelines from advisory bodies, such as the American Academy of Pediatrics, to be widely accepted in practice.”

“As we build the evidence base surrounding our knowledge of food sensitization trends, as well as when and why allergies emerge, we hope to find ways to intervene earlier and prevent development of food allergies,” says Dr. Joshi.

She and her team have a number of different research projects underway, including:

The researchers hope to determine things such as the likeliness of developing multiple food allergies or of outgrowing allergies. They also hope their research leads to potential interventions and preventive strategies to mitigate the atopic march (progression of allergic diseases).

This study was made possible by the Rochester Epidemiology Project (National Institutes of Health grant number R01-AG034676).

One of the premier peer-reviewed clinical journals in general and internal medicine, Mayo Clinic Proceedings is among the most widely read and highly cited scientific publications for physicians, with a circulation of approximately 127,000. While the Proceedings is sponsored by Mayo Clinic, it welcomes submissions from authors worldwide, publishing articles that focus on clinical medicine and support the professional and educational needs of its readers. Read more on the website.