Researching the immune system to provide relief from autoimmune encephalitis 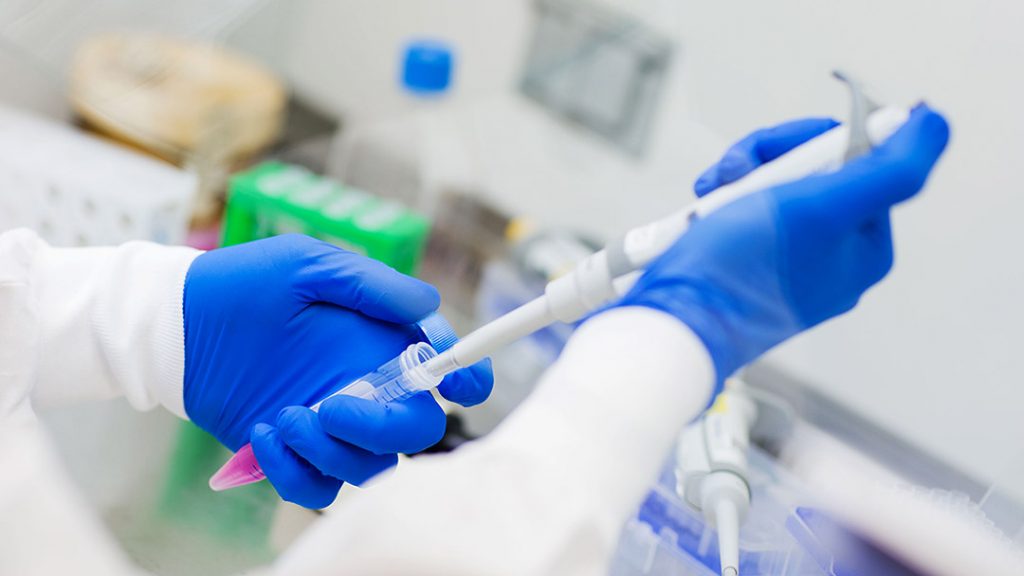 Staff in Mayo Clinic's Center for Multiple Sclerosis and Autoimmune Neurology are researching how the immune system can target the nervous system, and more importantly for patients, how to treat it.

Shuronda Hester had just started college and was looking forward to a new chapter in her young life when mysterious and frightening symptoms derailed her plans. Shuronda began having seizures and becoming "increasingly confused, at one point asking for her great-grandmother who passed away eight years ago," reports First Coast News. Three trips to a hospital in Tallahassee left her without answers — or treatment.

When Shuronda's personality began to change, her mother, Tameka Lewis, brought her to Mayo Clinic's Florida campus. "Had she stayed in Tallahassee, with the way that her behavior was, she would have been admitted into a psych ward and not gotten the proper treatment that she actually needed," Tameka tells the station.

In another part of the country, Denise Krivach was also looking forward to a new chapter. She'd recently retired and was making plans to build a home in Montana. But then she started forgetting things. "I couldn't find my socks — I couldn't find anything," Denise, a former radiologist, tells the Rochester Post-Bulletin. "'This isn't me,' that's what I kept saying — 'this isn't me,'" she tells the paper. Doctors in Montana diagnosed her with early onset dementia. But Denise didn't think the diagnosis fit. "The only thought I could hold onto was, 'there's something wrong, and I have to get this fixed.'" She headed to Mayo Clinic's Rochester campus for another opinion.

At Mayo Clinic, the women learned their symptoms were caused by the same condition: autoimmune encephalitis. "It's an autoimmune disease in which your body makes antibodies that essentially go after your brain in the same way they would fight off an infection," Jason Siegel, M.D., a neurologist at Mayo Clinic's Florida campus, tells First Coast News. Or, as the Post-Bulletin explains: "Krivach's brain was under attack — by her own immune system."

The idea that the immune system could affect the brain is a fairly new one, another Post-Bulletin story reports. But not quite so new at Mayo Clinic, where the country's first Autoimmune Neurology Clinic was established in 2006. Today, staff at the expanded Center for Multiple Sclerosis and Autoimmune Neurology at Mayo Clinic are working to learn more about the ways the immune system can target the nervous system — and how to treat it when it does.

For Shuronda and Denise, the encephalitis diagnosis marked a turning point. They had answers and, importantly, a path for moving forward. The diagnosis gave Denise "treatment options that not only stopped her cognitive decline but reversed it," the Post-Bulletin reports. Though she has some lingering issues, she tells the publication that she's "so, so, so much better," and is again thinking about building home in Montana, a dream that at one point had begun to seem out of reach.

Shuronda also responded to treatment and has been able to continue her studies. "No matter what happened or what was thrown her way, she persevered," Shuronda's mother tells First Coast News. "She's determined, and she has goals. She knows what she wants." And what she wants may lead her back to Mayo Clinic — but this time, as a nurse instead of a patient.

This article originally appeared on Mayo's In the Loop blog.

My 5 and a half year-old daughter just got auto-Nmda receptor encephalitis since Nov last year. She got the treatment of steroid, then ivig. She could back home middle of Jan 2019 and getting better. She start remember things and speak again but not as good as before yet. After a month and a half, doctor advise that she need another medicine called cyclophosphamide. This need to inject every month during 6 month. But after the 3rd time she seems to be strange again. She just sudden got angry and try to scold the fan. And last week she got epilepsy without any conscious within 2 hours. Doctor said that is the signal of the disease coming back. So the provide IVIG for my daughter again. Now she already back home but often wake up in the evening screaming and talk angrily. So I would like to ask if there is any way of treatment at home such as exercise, food etc to help reduce the symptoms? Should I always follow her request when she ask for to reduce her bad mood? Please advise. Thank you so much.