Embracing clinical research with ‘both feet and hands’

Adrian Vella, M.D., says medical careers run like a hereditary condition in his family. “My father is a physician, my brother is a surgeon, and there are lots of medical people on my mother’s side as well.” So it was almost inevitable that, from an early age, he thought about becoming a physician as well.

Or an astronaut. His ten-year-old self would have been ok with that too.

Dr. Vella’s medical career trajectory began to diverge from the patient care path followed by the rest of his family when he moved halfway around the world to join Mayo Clinic’s residency program. He wasn’t here long before the research bug bit. It bit hard.

Now, 25 years later, Dr. Vella is a clinician-researcher at Mayo Clinic, specializing in endocrinology and diabetes research. In addition, he was recently appointed director of Mayo’s Clinical Research and Trials Unit, which provides infrastructure and support for medical researchers at Mayo Clinic and in industry.

Back home in Malta, when he began his training, he never would have predicted that his career would take this turn. But he’s glad it did. “The opportunity came along and I decided to embrace it — with both feet and hands,” he says with a grin.

Coming to Mayo 'almost by accident'

A friend in medical school had applied to Mayo’s residency program the year before so, on a whim, Dr. Vella decided to apply to Mayo too. Traditionally, he says, Maltese medical students apply to schools in England to complete post-graduate training. But on impulse, he decided to throw Mayo Clinic into the mix.

Dr. Vella forgot all about his application until a few months later, when the phone rang at his parents’ house.

“Anyway, I talked to Dr. Schultz. And a few days later he called me back to offer me a place in the program,” he says. Dr. Vella remembers putting the phone down and asking his mother what he should do about the offer. His mother, true matriarch of a medical family, knew all about Mayo Clinic. She turned to him and said, “It’s pretty obvious what you’re going to do. You’re going to go.” And that was that.

Getting hooked on research

Research training is a standard component of the curriculum for Mayo Clinic residents and fellows, so it wasn’t long before Dr. Vella got his first taste of the lab.

One of his first and most important research mentors was Robert Rizza, M.D., an endocrinologist whose research has been responsible for major advances in diabetes care. Dr. Rizza helped kindle a desire in Dr. Vella to understand the underlying physiological reasons that determine whether a person will develop type 2 diabetes.

“I remember our first publication together,” says Dr. Vella. “I learned how good it feels to put in years of work and all the deferred gratification, and at the end to have the physical representation of what we had done. The fact that that paper still stands on its own, all these years later, is a real source of pride.”

“Contrary to popular belief, type 2 diabetes is not something caused by the patients themselves,” says Dr. Vella. While diet and lifestyle play an important role, other physiological factors have a great deal of influence. “If you went into a bariatric surgery practice, you’d find that only about one-third of the patients there have type 2 diabetes — two-thirds don’t. Even when someone is significantly overweight, diabetes is not inevitable.”

Dr. Vella’s current research focuses on understanding the physiological reasons why some people are more resilient to developing type 2 diabetes than others. He also seeks to identify disease pathways that can be manipulated to prevent diabetes from developing.

Promoting the tools of the clinical trials trade

As a diabetes investigator, much of Dr. Vella’s research has relied on the resources of Mayo’s Clinical Research and Trials Unit. “Clinical diabetes research requires careful control of diet and activity level of research volunteers, as well as meticulous monitoring of blood sugar, and inpatient stays,” says Dr. Vella. “This sort of work would be difficult or even impossible without the support of the Clinical Research and Trials Unit.”

The Clinical Trials and Research Unit is a resource Dr. Vella is determined to promote and protect in his new role as director.

“I feel very lucky,” says Dr. Vella. “Mayo probably has the best clinical research center in the country, which by definition probably means the best in the world.”

Not everyone is so lucky. Across the United States, following the end of the National Institutes of Health clinical research center support program in 2016, dedicated clinical research resources have been disappearing. Many researchers, including Dr. Vella, are sad to see them go. “I wrote an editorial in Diabetes with Dr. Nair and Dr. Jensen four years ago saying ‘clinical trial units … we’ll miss them when they’re gone,’” says Dr. Vella.

Dr. Vella has set his sights on developing and expanding the Clinical Research and Trials Unit.

“The work that led to multiple daily injections of insulin was done here in the 1920s by Dr. Wilder and his colleagues,” says Dr. Vella. “The discovery of the compound called cortisone came out of Dr. Hensch and Dr. Kendall’s clinical studies involving pregnant women with rheumatoid arthritis. And more recently, the discovery that obesity has metabolic consequences only if it’s in the upper body vs. the lower body — that research was done here at Mayo in the Clinical Research and Trials Unit by Dr. Jensen. A lot of that research in humans would have been impossible without Mayo’s clinical research infrastructure.”

Dr. Vella doesn’t think the need for these resources is likely to go away.

Over the next few years, Dr. Vella’s biggest goal for the Clinical Research and Trials Unit is to develop its client base to make it more self-sustaining.

“I want to increase the scope of the studies we support and the number of investigators using the Clinical Research and Trials Unit,” he says. “A year from now, I plan to have increased the number of studies, both industry- and federally-funded, by 10%.”

Dr. Vella also wants to help other academic medical centers find ways to hold on to their existing clinical research units and transition to new funding models less dependent on federal dollars. “Other institutions have seen the success we’ve had here at Mayo and want to learn from that,” says Dr. Vella. “I tell them, it’s cheaper to keep a resource like this going than to rebuild later from scratch.” 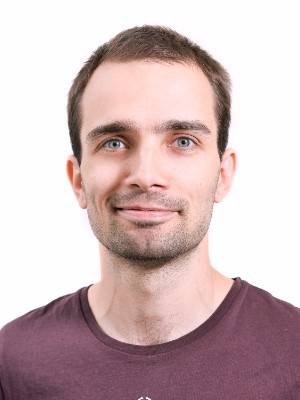 This is likely to be a new step in medical research. I wish that work on the development of infrastructure is standardized and accessible to scientists around the world.

This is very inspiring, especially to persons who have developed a deep love for research. I see this as the heart and hope of clinical practice in the future and earnestly look forward to being part of that future.