Toxic Protein, Linked to Alzheimer’s and Other Neurodegenerative Diseases, Exposed in New Detail

By Zuckerman Institute Communications Staff The protein tau has long been implicated in Alzheimer’s and a host of other debilitating brain diseases. But scientists have struggled to understand exactly how tau converts from its normal, functional form into a misfolded, harmful one. Now, researchers at Columbia University’s Zuckerman Institute and Mayo Clinic in Florida have […]

Toward clinical trials for one type of ALS

When a team of Mayo Clinic researchers discovered in 2011 the genetic repeat mutation known as c9orf72, the finding shed new light on amyotrophic lateral sclerosis (ALS). The mutation, which occurs as a short sequence of code repeated hundreds to thousands of times in the gene, is now known to appear in 40 percent of […] 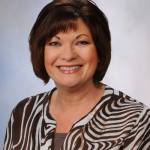 June is national Alzheimer’s and Brain Health Awareness Month—and in Florida—research investigators from around the state will gather in Orlando to highlight basic science advances for this devastating disease. The Florida Health Alzheimer’s Disease Awareness & Research Symposium, June 7-8, features presentations by several Mayo Clinic researchers from Florida and is hosted by the Florida Department […]

Two Mayo Clinic in Jacksonville specialists in Alzheimer’s disease — neurologist Neill Graff-Radford, M.D., and molecular neuroscientist Leonard Petrucelli, Ph.D. — have been appointed to Florida’s Alzheimer’s Disease Research Grant Advisory Board. The appointment was made on Oct. 3 by State Surgeon General John Armstrong, M.D., FACS, who is also the Florida Secretary of Health. […]